I’m pretty sure that I’ve mentioned before that I’m not exactly a neat freak! Housekeeping may be a necessary part of life, but it never quite seems to make it to the top of my priority list – unless, of course, company is coming! And even then, it has to be REAL company… as in people I don’t know very well or do not trust completely to not judge me.

As I have been working from home and taking on more and more projects, it has become abundantly clear to me that I MUST do a better of job of keeping the clutter under control. I have been making an effort, to that end, for the past several days and as I look around I’m dumbfounded by the fact that the clutter has multiplied, not lessened, as a result of my efforts.

Have you ever stopped to consider that perhaps the video game Tetris is one of the most brilliant allegories of housework ever created?

I have come to that conclusion today as I’m looking at the overwhelming mess around me (and avoiding it like the plague by clinging to my laptop and maniacally producing content for my blog).

Sure, I’ve been turning things this way and that, tucking clothes, shoes and whatnots into increasingly smaller spaces. But somehow more stuff is just piling on at a faster rate than it is getting put away or cleared out of the house. And before I know it, there isn’t space for one more sock to be tucked away and everything just sort of explodes around me and then it’s GAME OVER! I give up! I’m done.

Play again? If only housework were as addictive as Tetris. 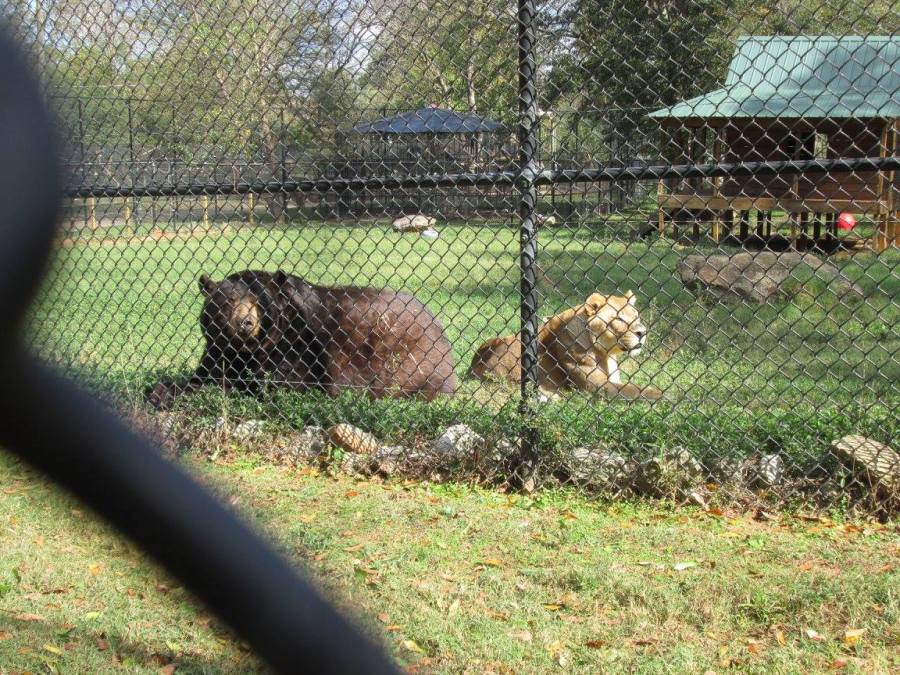 I love animals! Anyone who knows me more than about five minutes or who sees any of my Facebook posts can figure out pretty quickly that I enjoy riding and spending time with horses, I love baby elephants, I’m wild about pandas and orphaned sloths, I share my home with three dogs and, though I have none at the moment, I have been and will be again, the crazy cat lady!

I was watching the news one day, about a decade ago, and my attention was immediately caught by a story. A baby zebra had been found injured on the side of the interstate near Atlanta. The exotic animal was likely being transported illegally and the culprits had fled the scene of the accident.

A woman from a nearby animal sanctuary had been called in by the authorities to take possession of the zebra and provide the necessary emergency care and long-term placement for the animal. Her name was Jama Hedgecoth and she was the founder of Noah’s Ark Animal Sanctuary located here in Georgia in Locust Grove.

That was how I first came to hear of this wonderful place which I have supported to a small degree throughout the years and which I was able to visit just about two years ago.

The reigning stars of the sanctuary are affectionately known as the “BLT”. The BLT consists of three male, apex predators who had been brought to Noah’s Ark by authorities when they were discovered as cubs in the possession of drug dealers. A bear named Baloo, a lion named Leo and a tiger named Shere Khan. No where else on earth do these three species exist together in harmony.

I have been a big fan of the BLT ever since they first made their way into my heart all those years ago. I cannot even tell you how excited I was to visit them in person and see these magnificent creatures for myself.

Their bond is really remarkable to witness as to they play together, get on each others’ nerves, comfort each other and provide companionship just as true friends do.

It was with great sadness this past week as I watched the reports begin to come out on the sanctuary’s Facebook page that Leo was going downhill quickly. He had lost his appetite and, despite many efforts to find out what was wrong and amazing work on the part of his keepers, his health continued to fail.

On August 11, 2016, Leo the lion was graciously relieved of his suffering, but left the rest of us behind to mourn his loss.

I can’t imagine the heartache that his caregivers must feel having invested so much of themselves into his care. The bond that can develop between a human and an animal is like no other, it is such a special privilege to be invited into their world.

Leo will be missed by many, but the beautiful lessons of love, acceptance and friendship beyond barriers is one that will live on.

I believe that sometimes God looks down at his children and shakes his head in sadness when he sees how unloving we can be. And sometimes when his children just can’t seem to get it right, I believe he uses his creation to teach us a thing or two. These three and their incredible bond are a wonderful example to us all.

Please take a moment to visit the website for Noah’s Ark Animal Sanctuary and read the full story on the BLT and the wonderful individual who founded this amazing place. It’s a beautiful example of God’s love in action.